We often read and talk about how technology has transformed government and the availability of information to citizens. I have wrote and talked about it.

Then there are the cases that are not discussed that makes me think ‘what happened here’ and ‘this doesn’t have to be so hard’ (and frustrating).

So instead of ending with my lessons learned, I am going to lay them out now, and you can continue reading to find out where they came from.

As many of you know, New England was hit with a Blizzard, one that was named Nemo by the Weather Station.
And #Nemo was trending all over Twitter and other social mediums. 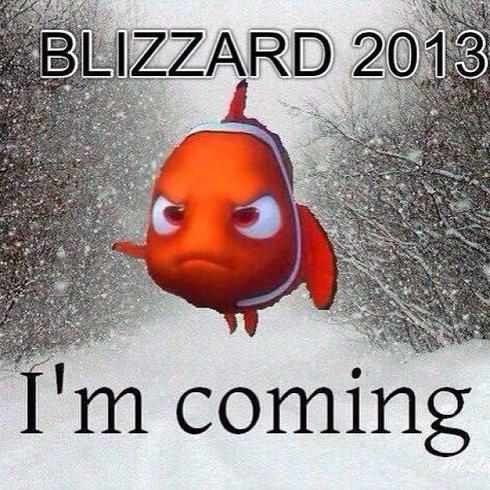 Still, I did not find social media, nor the Internet to be much of a help to me.

The neighborhood my parents live in is located on a peninsula in Southeastern Massachusetts.  The main road leading them was shut down due to downed power lines and electric poles.   In addition, the state of Massachusetts has declared a state of emergency from 4:00 pm on Friday the 8th through 4:00 pm Saturday the 9th.  During this time, temperatures were well below freezing with winds up to 70 mph+ during the height of the storm.  This is what the bridge on one side of the main road look liked (there is a bridge on the other side of the road as well… many rivers and waterways in Southeastern MA): 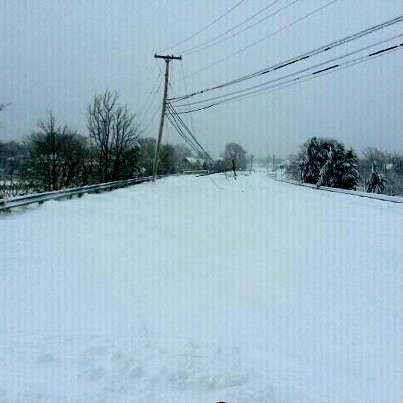 The winds caused the power to go out around 7:oo pm on Friday night.  My parents got through the night, and everyone (parents and friends) was hoping the power would be back on sometime Saturday.  It wasn’t.  The temp continued to drop, and the house got increasingly colder.  Given the temperature, the winds, and my parents age (I’m almost 40, and I didn’t come around until a bit later, so you can figure it out. I’m not outing my parents’ ages on the Internet) it was not feasible for them to stay in the house.  I have a fabulous friend and neighbor of my parents going in to check on them, and give them some hot coffee and soup (she has a gas stove), but there is only so much someone with two little ones at home, two parents, and a grandma can do.  She did see an official who said he/she would get someone to bring my parents to the emergency shelter.  That was about 5:00pm.

Once I got home (I live in FL) it was almost 10pm, I called the police department to find out if my parents were able to get to an emergency shelter (my parents’ land-line was down, and the battery on the cell phone was dead).  I left my name and number.  They got back to me saying my parents were still at the house, and that they were going to be transported to the emergency shelter.  I called earlier to find out if an emergency shelter was open, and the only one in the area that was operating was two towns away.  I was told this time that a lot of people ended up at that shelter and it was almost at capacity, so the town high school was opened up as the local emergency shelter.

So at 10:30 pm (at this point, I had not spoken to my parents since late Friday morning when I called to make sure they were ready for the storm), I knew that my parents, while cold, were on their way to a shelter.  I still had not spoken to them since the previous morning.

Saturday morning I start scanning Facebook to see if the power is back on.  One friend’s car charger for her phone was broken, so she had been out of contact for a while.  Another friend had gone out to her car to charge her phone in order to stay connected.  Nothing on Twitter with #Swansea or #Nemo other than a news story about the bridge pictured above being closed.  Phone lines still down.  The Red Cross’s Web site has the emergency shelters mapped, and the local high school is not on the map, but the one two towns over was, and it noted there were 24 people there.  I called the two high schools and was greeted with a recording to call back during school hours.  Maybe my parents got moved.  I’m in the dark.

So I call the police station again and speak to dispatch (not the same officer I spoke with three times the day before).  He gives me the number to the Fire Department, since they were in charge of the operation.  I call them and the person I spoke with told me that he had a colleague at the high school (the town high school was still being used as an emergency shelter).  He would have his colleague see if my parents were there.  He called me back and they had found my parents.  This is around 10:30 on Sunday morning.   His person at the shelter then let my parents use his phone to call me.

We chatted, they were ready to go home (which anyone who has had to spend the night in an emergency shelter can understand).  The power was still out, so I told them to stay there until the power (and heat) were back on.  Safety over comfort.

I checked the power company’s Web site to see how long the wait would be until the power came back on.  The ETA: 11:45 pm.  Not good.

So I posted that on Facebook for my friends who were still without power to know how long it would be:

As you an see, others replied and were able to give me more even more accurate info.  Whew….

By 5:00 pm on Sunday, my parents were home, warm, and eating dinner.  So all is well in the end, but there was much frustration in this whole process that did not need to be there.  I understand more than most that during emergency situations, it is difficult to keep everyone informed with the most updated information,  However, this has become much easier with Web 2.0 tools.  But they need to be used.

What do these suggestions boil down to?  The proper processes and safeguards need to be in place.  One of the tools that can reach out to people, and have that information flow through community networks today is social media.  There should be a plan in place.

Overall, despite the frustration I had with trying to find my parents, my hat is off to all the emergency responders (and the dispatch officer with whom I spoke with three times on Friday, and the other one who I spoke with in Saturday), the fire department person who helped me identify where my parents were and his offering to contact a colleague who was at the high school and have him find my parents.   They would spend another 5 hours at the shelter before the heat was turned on again and they could get home, but it was very comforting to know that I knew where my parents were and that they had professionals around if they needed anything,  Thank you!

2 Replies to “My Nemo experience”